University scientists, headed by the Rector Vladimir Trukhachev, discussed cooperation in the field of strawberry cultivation technologies with business representatives speaking on behalf of the Agricultural Technologies Commercialization and Implementation Fund of the Republic of Korea. The parties signed a cooperation agreement. A joint project of the RT SAU and the Korean Fund involves characteristics quality testing of the Korean strawberry varieties and the efficiency of Korean-made agricultural equipment.

The implementation of the project is planned on the basis of the Edelstein Vegetable Experimental Station for the next five years.

The project involves not only solving scientific problems, but also the opportunity to familiarize bachelors and masters of the Timiryazev Academy with the Korean technology of growing strawberries, and the publication of scientific articles. There are also plans to create a modern demonstration platform for business attraction.

The 6th Open Cup of European Champions in power sports took place on the site of the Timiryazev Academy. According to the results of the competition, the team of the Timiryazev Academy took first place in the team classification. In total, the university athletes won 15 individual medals. The sporting event was held according to the WPA / AWPA International Rules. More than 200 athletes from various regions of Russia and neighboring countries took part in it.

The Timiryazev Academy team under the leadership of Sergei Nikitchenko, associate professor of the Physical Culture Department of the RT SAU, won the first place. In total, the university athletes won 11 gold, 3 silver and 1 bronze medals. Students of the Agronomy and Biotechnology Faculty David Bakhramov and Alexey Ksenofontov won not only in their categories, but also became the owners of the absolute championship Cups.

In our university an open lecture was held by Vladimir Gushchin – the head of the pathogenic microorganisms population variability mechanisms laboratory and the reference center for coronavirus infection of the N.F. Gamalei Medical and Scientific Center. The event was attended by 1st, 2nd and 3rd year students studying at "Biotechnology" and "Agronomy" tracks.

The lecture was held as a part of Student Scientific Society “TimBioTech” meeting. Vladimir Gushchin is one of the developers of the Sputnik V vaccine, as well as a 2009 graduate of the Agronomy and Biotechnology Faculty of the RT SAU.

Vladimir Gushchin made a presentation on "The COVID-19 pandemic, vaccines and the risks of further evolution of SARS-CoV-2." In his speech, he spoke about the current statistics of morbidity in Russia and the world, about the concept of natural herd immunity, various types of vaccines, their advantages and disadvantages. The scientist also talked about his professional path from a student studying in the specialty "Selection and genetics of agricultural crops" to the head of one of the leading departments of the N.F. Gamalei MSC.

At the end of the presentation, the students asked questions about the characteristics of the body's reactions to the vaccine, the special conditions of vaccination for different groups of the population, as well as the necessary measures to prevent the emergence of the third wave of the pandemic. 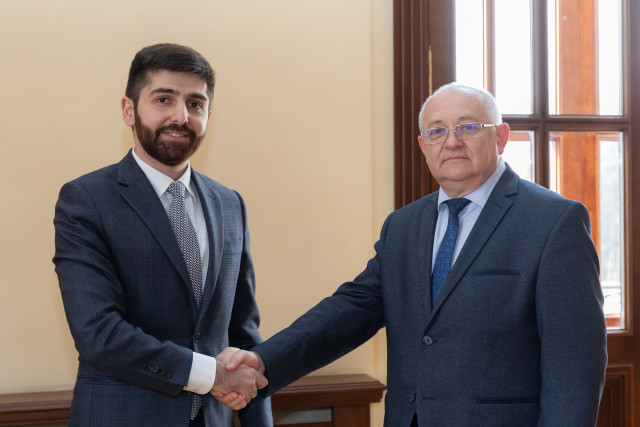 Deputy Minister of Economy of the Republic of Armenia Arman Khojoyan and Director of the Winemaking and Viticulture Fund Zaruhi Muradyan made an official visit to our university.

At the meeting with foreign colleagues, were discussed several priority areas of cooperation: training of the agro-industrial complex workers from both countries, retraining and advanced training, innovative projects.

The issues of interaction in the field of student exchange, exchange of educational courses, joint participation in conferences, grants and start-ups, as well as the inclusion of Armenian specialists in the work of the seed center of the RT SAU were also covered.

It was decided to join efforts between Timiryazev Academy and the National Agrarian University of Armenia in personnel training for traditional and organic farming. 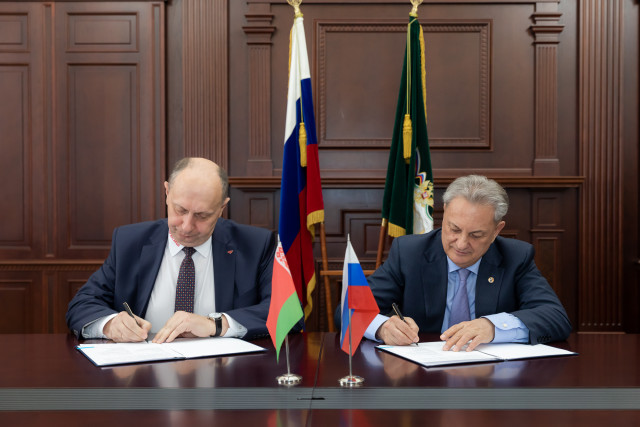 University Rector Vladimir Trukhachev held a working meeting with Vitaly Vovk, General Director of BELARUS Minsk Tractor Works OJSC (“MTW”). The colleagues discussed the interaction directions between the university and "MTW" Company in the field of educational and scientific activities and concluded a cooperation agreement. The interaction between the university and the Minsk Tractor Works will affect several areas at once – training of engineering personnel, joint technical testing of tractors, participation in grants, and many other. One of the goals of long-term cooperation was the unification of science and industry.

After the official meeting, the Belarusian colleagues were introduced to the material and technical equipment of the university and the students of Timiryazev Academy. During the conversation, the distinguished guest emphasized that the doors of the Minsk Tractor Plant are now officially open for students practical training.

Minsk Tractor Works is one of the eight largest manufacturers of agricultural machinery in the world. Today the company employs over 16 thousand people.