Our student won gold and bronze at the European Aquatics Championships 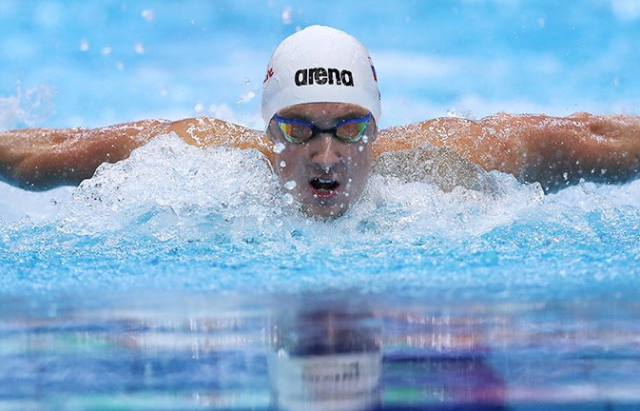 Andrey Zhilkin, a master's student of the Department of Plant Growing and Meadow Ecosystems, never ceases to delight the alma mater and the whole country with victories in prestigious international sports competitions.

As part of the Russian relay team at a distance of 4 x 100 meters freestyle, Andrei Zhilkin won the champion title, and at a distance of 50 meters butterfly became a bronze medalist. Now the athlete continues to actively train - he is preparing to represent Russia as part of the national team at the Olympic Games, which will start on July 23 in Tokyo.

Our student became a boxing champion

Petr Stepanov, a student of the Institute of Economics and Management of AIC, became the champion in the weight category up to 49 kg. Thanks to the victory, Peter Stepanov qualified for the Russian boxing team Cup, which will be held in mid-June in Yekaterinburg. Also, the athlete will represent the university at the summer Contest of Russian youth. The competition will take place in Tatarstan in June.

Rector, Academician of the Russian Academy of Sciences, Professor Vladimir Trukhachev discussed the prospects of cooperation in the scientific and educational sphere with the Minister of Agriculture of the Islamic Republic of Iran Kazem Hawazi. The meeting was attended by Deputy Minister of Agriculture Maxim Uwaydov, members of the Iranian delegation, Extraordinary and Plenipotentiary Ambassador of the Islamic Republic of Iran to the Russian Federation Kazem Jalali, representatives of the university's teaching staff.

The Rector stressed that the university aims to develop international relations in the scientific and educational sector. To do this, all conditions are created at the university: the infrastructure is being modernized, a lot of research is being carried out.

Vladimir Trukhachev expressed hope for the development of partnership relations between the RT SAU and scientific and educational institutions of Iran with the Ministry of Agriculture of the Islamic Republic assistance.

In turn, the Minister of Agriculture of the Islamic Republic of Iran, Kazem Hawazi, thanked the host country for the warm welcome.

At the end of the meeting, the Iranian delegation got acquainted with the university campus, and also visited the updated V. R. Williams Soil and Agronomy Museum. 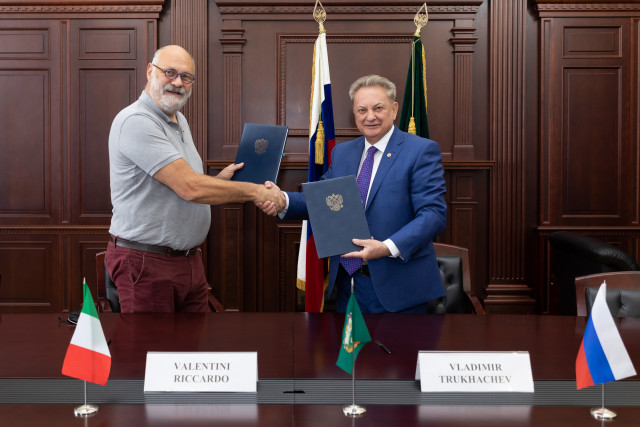 Nobel laureate Ricardo Valentini became a part of the world-class Scientific Center "Agrotechnology for the future". Within the framework of the cooperation, Riccardo Valentini will work as a leading specialist in the area of ​​IT systems for agroecological monitoring. The research actively uses unique mobile sensors of agroecological monitoring developed by a team of scientists under the guidance of an Italian professor. The Timiryazev Academy and Professor Riccardo Valentini have long-term partnerships and friendly relations. In 2015, the scientist was awarded the title of Honorary Doctor of the Russian Timiryazev State Agrarian University. Thus, the contribution of the scientist to the development of agricultural science and the strengthening of international relations was noted.

Second-year students of the Institute of Economics and Management of the Agro-Industrial Complex Daniil Doroshev and Ekaterina Gushchina took part in the "Global Food Forum. Dialogue without Borders". Timiryazev residents told the public about the digitalization of the water resources protection process and the creation of an interactive resource for the history study.

The Global Food Forum started on May 18 and lasted for 4 days. Within the framework of the 16 sections of the forum, effective ways of identifying and preventing internal and external threats to food security, ensuring the sustainable development of the production of raw materials sufficient to provide the population with high-quality food were discussed.